The Walking Dead Spoilers: Is Michonne Getting Killed Off In TWD Season 8? 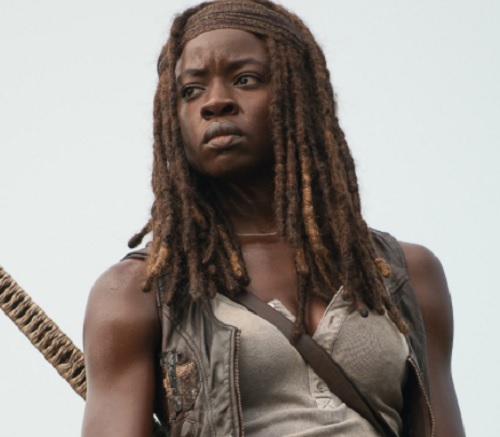 The Walking Dead Season 7 was disappointing for many fans. There was the loss of Glenn Rheed and Abraham Ford. Plus, there’s that storyline about Negan and his Saviors which will never end. At least, not anytime soon. Producers and actors have been teasing the upcoming season 8 spoilers of TWD. They promise that there will be plenty of action. But, everyone knows that characters will die along the way.

Will fan favorite Michonne get killed off on season 8 of The Walking Dead? The hit AMC series is currently filming the new season. There has been speculation among fans about Michonne’s future. Danai Gurira, who plays Michonne, was announced to join the cast of Avengers: Infinity War, reports Digital Spy. The film is shooting right now, as well as The Walking Dead.

Does that mean Michonne is off the show? Fans can sight a breath of relief right now. Though actors starring in new projects sometimes mean their characters will be written out. For example, Sonequa Martin-Green, who played Sasha, was landed a major role in the new Star Trek series. Of course, that marked the end of her character. But, this latest development doesn’t mean that Michonne is leaving just yet. 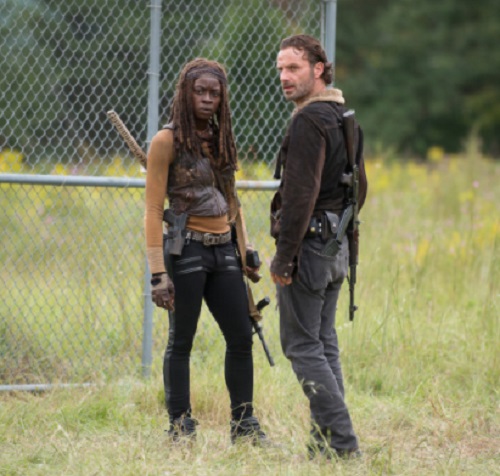 It’s likely that Danai Gurira will have a small part in Avengers: Infinity War. Fans should be aware that the film has a huge star-studded cast. It would be impossible to fit everyone on the screen at once, let alone flesh out their stories. The Walking Dead is notorious for not showing several actors for weeks at a time. For example, Michonne only appeared in 10 of the 16 episodes in season 7. It’s also important to know that Avengers: Infinity War shoots in Atlanta, Georgia while The Walking Dead shoots next door in Senoia, Georgia. That’s a hop, skip, and a jump for Gurira.

Norman Reedus has shot many projects aside from starring on The Walking Dead. He had his reality show, Ride with Norman Reedus, which showed him riding across the country on his motorcycle. He was also asked to star in the movie Triple 9 when season 5 was filming. The Walking Dead actors aren’t tied down to just this show. They can choose to work on any other projects that come their way. It’s not uncommon for that to happen.

Michonne has become a major part of the show and the comics. It would be strange to see her character killed off. But, it’s not like it’s unlikely. Fans should expect to see her character to be noticeably absent in a few episodes. Another character who may not be seen much in season 8 of The Walking Dead is Rosita since Christian Serratos has given birth to her first child.

Check back with CDL for more The Walking Dead spoilers and news.

From Michonne to Okoye, @DanaiGurira is the baddest woman in any universe.https://t.co/dnGErEeQvy