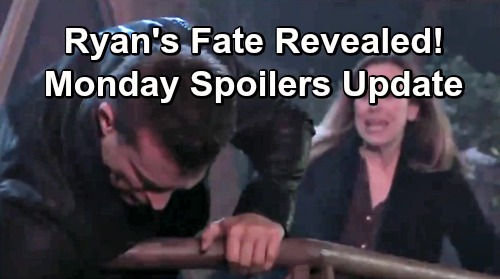 General Hospital (GH) spoilers update for Monday, March 11, tease that Stella Henry (Vernee Watson) will want to support Jordan Ashford (Briana Nicole Henry). Since Jordan needs a kidney transplant, Stella will offer to pitch in. She’ll think if she gets tested and is a match, it’d be nice to share a little piece of herself with Jordan. These two have come a long way in working through their issues.

However, T.J. Ashford (Tajh Bellow) is more likely to be a donor match. Molly Lansing-Davis (Haley Pullos) will worry about T.J. later this week, so that could mean he’ll be prepped for surgery soon. In the meantime, Franco Baldwin (Roger Howarth) will assure Elizabeth Webber (Rebecca Herbst) that he can be patient. She’ll express concern over the secrets he’s kept and push to take a step back.

Franco will give Liz the time she needs, but he’ll hope to get their relationship on track again as soon as possible. He loves Liz with all his heart, so it’ll be tough to see her trust so shattered. Across town, Dr. Hamilton Finn (Michael Easton) will want to know why Alexis Davis (Nancy Lee Grahn) nearly fell off the wagon. She probably won’t go into too much detail about that steamy dream she had!

Alexis is clearly pining for Julian Jerome (William deVry), so her complicated feelings almost pushed her to drink. She may give Finn some hints that help him understand what she’s up against. He’ll just want to help if he can. In Turkey, Sonny Corinthos (Maurice Benard) will keep following Dante Falconeri’s (Dominic Zamprogna) trail. He’ll tell Robert Scorpio (Tristan Rogers) what he’s hoping for.

Sonny will hope to look Raj Patel in the eyes soon enough. He’ll consider what Raj’s demands might be if Dante is a hostage as he suspects. Over with Carly Corinthos (Laura Wright), she’ll lose her grip on the wall she’s struggled to climb up. All her progress will be for nothing as she sinks back on the ground and passes out.

Carly’s health should take another hit, but Jason Morgan (Steve Burton) is on his way. He just has to finish rescuing Ava Jerome (Maura West) first. Ryan Chamberlain (Jon Lindstrom) made the wild decision to drag Ava over the side of the footbridge with him. Fortunately, it doesn’t look like Ryan succeeded in dragging Ava down with him.

Jason leapt forward to grab Ava’s hand, so it appears he’ll be able to pull her back up on Monday’s new GH episode, March 11. Laura Webber (Genie Francis) will stand there in horror as Jason fights to put Ava on a solid surface again.

It’ll be a terrifying ordeal for all of them, but Ava will be OK in the end. As for Ryan, General Hospital spoilers say he’ll disappear into the water and leave the three of them to assume he’s dead.

Of course, there’s a chance Ryan is alive and will return. No body usually means no demise on GH! Whatever the case, Ava will seethe when she fully wraps her head around all this. She’ll hope Ryan indeed turns up so she can take him out herself.