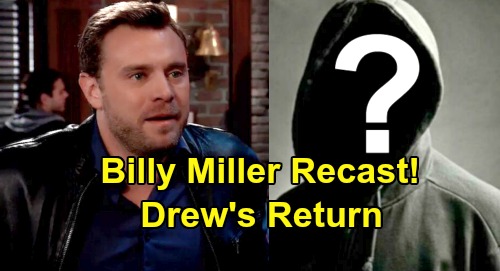 General Hospital (GH) spoilers tease that Dr. Monica Quartermaine (Leslie Charleson) will stop by the Intensive Care Unit of GH. Her ICU visit isn’t that unusual since she’s a doctor, but we have to consider who she’ll be checking up on. Will it be Sasha Gilmore (Sofia Mattsson) or could there be someone else in the ICU by then?

Since we know Sasha’s going to pull through and may be on the road to recovery at that point, we should at least consider another option. Monica would have a professional reason to visit Sasha and a personal one through Michael Corinthos (Chad Duell), but she seems unnecessary in that story. Perhaps we should think about a story she’d be more essential in.

Drew Cain (Billy Miller) is on a mission to find Andre Maddox (Anthony Montgomery), but Peter August (Wes Ramsey) chose to intervene. He called someone and gave them rather ominous orders. Peter insisted Peter was on his way to find Andre and told this person to make sure he doesn’t. He didn’t specify how to achieve that, so the possibility of deadly danger is quite real for both Andre and Drew.

Someone could go after Andre, leaving Drew to go into hero mode and get caught in the crossfire. Then again, Drew himself could be targeted. Peter just wants to avoid Drew and Andre’s meeting by any means necessary. He’ll undoubtedly regret delivering those dangerous instructions once the whole truth comes out.

Could Drew be the one who lands in the ICU? He could get hurt and find himself back at GH in a fight for his life. Monica might insist on giving Drew the best care possible. She’d see to that! There’s still no word on whether Drew will be killed off, left missing or recast.

We probably would have had a more final demise in Port Charles if General Hospital was going to take that route. Dead-dead doesn’t seem like the way this is going. Presumed death is still an option, but it’d be better to leave Drew missing or put him in a coma for a while. If they opt for the coma strategy, they could avoid showing Drew’s face and just show loved ones at his bedside until a recast came along.

Since Monica is for all intents and purposes Drew’s mother, she would certainly stop by to see him in the ICU. Monica would monitor Drew’s care closely and hope for the best. Many General Hospital fans have complained about Drew’s exit since he’s one of the good guys, and we always need more of those in PC.

Plus, Drew’s story was just heating up! Drew needs to be around for at least some of this Franco memory-mapping stuff, so maybe a recast will arrive down the road. General Hospital spoilers say some twists and turns are brewing, so stay tuned. We’ll give you updates as other GH news comes in. Stick with the ABC soap and don’t forget to check CDL often for the latest General Hospital spoilers, updates and news.