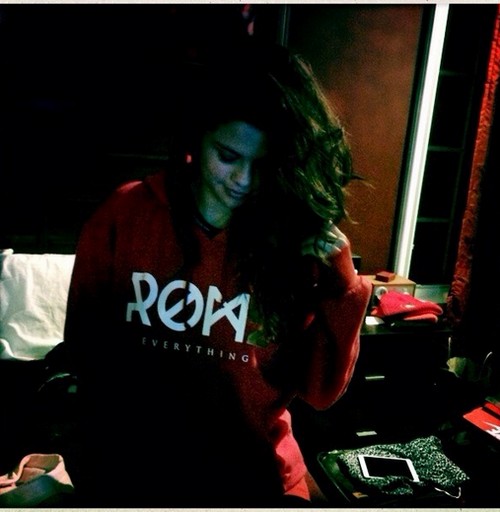 Selena Gomez could do worse. After cancelling the remaining concert obligations on her world tour, Selena has taken the “personal time” she alluded to in her statement to mean spending quality time with none other than rapper/actor/student/ Romeo Miller son to No Limit rapper Master P.

According to sources, Romeo has been waiting in the wings for Selena’s relationship with he-who-must-not-be-named – yeah, Justin Bieber, to end. Now that the dust has settled from that explosion, the two have been spending time together. According to the rapper’s instagram, a picture of Selena wearing what appears to be a sweatshirt that belongs to Miller has got people wondering if Selena has a new boyfriend.

Just to add a tad more speculation to the situation, Romeo added a message to the photo: “I live for the nights that I can’t remember with the people I won’t forget”. #romeoeverything”

Well, isn’t that painfully cute? So what do you think guys? Is Selena dating No Limit royalty? I wasn’t kidding when I said she could and has in the past done worse in the dating area. I mean, Master P’s progeny is actually pretty accomplished. While Beiber struggles to produce peach fuzz on his little chin, Romeo has been living a quiet yet successful life, He was accepted to USC on a basketball scholarship and although I’m still kind of iffy on rich kids receiving scholarships when their parents are more than able to pay for their kid’s education, I think this speaks volumes about his character. I think Romeo is more Selena’s type as his personality seems more subdued and less prone to public temper tantrums and Brazilian brothel visits. This could be a step in the right direction for her. Let’s hope it works out.