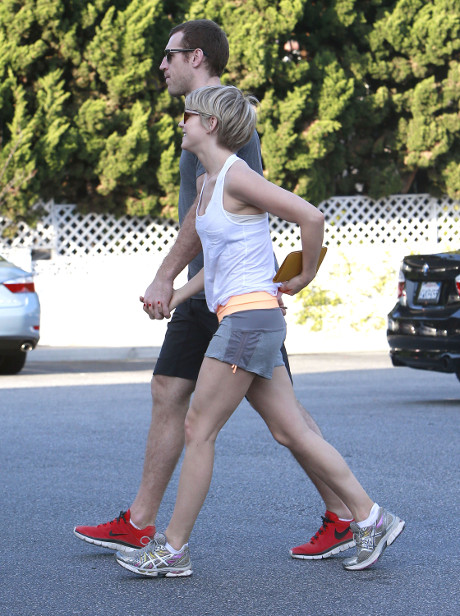 Does Julianne Hough have herself a new man? It looks that way. Julianne was photographed yesterday, just a couple days after Valentine’s Day, holding hands with Brooks Laich, a Canadian hockey player. This news comes nearly a year after her split from media mogul Ryan Seacrest. The couple first sparked interest last Thursday, when they were caught together in Los Angeles. This second sighting — hand holding included — seems to be proof enough that J-Hough has found herself a new love bird to fly home to every night.

Julianne’s romantic life had been relatively quiet up until now. While she was rumored to be having secret hookups with her ex Ryan Seacrest, she was mostly seen out spending time with her girlfriends, The Vampire Diaries star Nina Dobrev included.

What do you make of Julianne’s new boyfriend? Julianne is 25 years old and her new man is 5 years older than her, a much smaller age difference than her and Ryan’s 14 year difference. While Ryan and Julianne made a cute couple, we have to wonder how much Julianne and Ryan were truly invested in that relationship. For some reason, they just let it fizzle out, and nobody really knows why for sure . . . . Maybe they just got bored of one another.

Check out the pictures of Julianne and Brooks below. Let us know what you think. Is this a new Hollywood couple bound to survive — or is this just another hookup-fling that’ll be over in a couple months time?