Pippa Middleton Prepares For Epic Bike Ride Across The United States – Joins A Charitable Cause To Boost Her Positive Image! 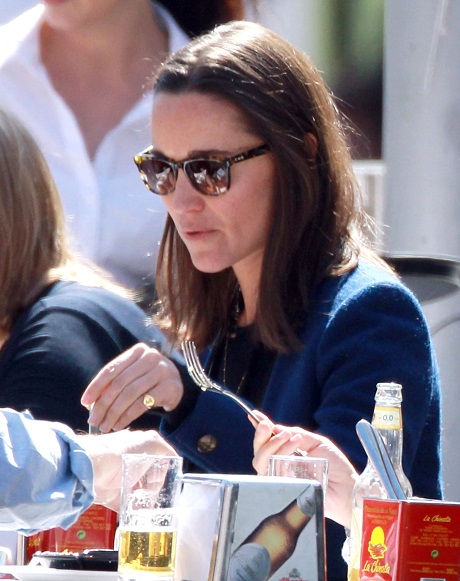 Pippa Middleton is set to ride her bike across the United States, finally proving to the world that she’s good for more than being Kate Middleton‘s little sister. Pippa is part of an 8-person team, which also includes her brother James Middleton, that will bike 3000 miles from Oceanside, California to Annapolis, Maryland.

The event is titled ‘Race Across America’, and it’s all for charity. The proceeds will go to a charity in the name of Michael Matthews, the youngest British person to ever climb Mt. Everest. Unfortunately, he died during his descent, and a charity was formed in his name.

Hey, at least Pippa’s finally being relevant? We could barely handle her attempts at creating a serious journalism career, especially since her writing was lacking in style, substance, or anything even resembling depth. Of course, we already had her equally disastrous attempt at being a cookbook author, another failed attempt at relevance.

Obviously, being the sister to the Duchess is a lot of pressure, and I’m sure she and her siblings constantly deal with that. But this is the first time that I’ve seen Pippa actually do something that could positively affect her image, although I’m sure that fact hasn’t escaped her. Of course, it’s for charity, and that’s probably a big factor as well. But a bigger factor is the amount of publicity she’s going to be getting for this ride, which means that she’ll be able to dominate the headlines on her own merit, not her family’s and not her sister’s.

What do you guys think about Pippa joining the bike race? Will you try to visit her if you see her stopping by in your town? Let us know your thoughts in the comments below.