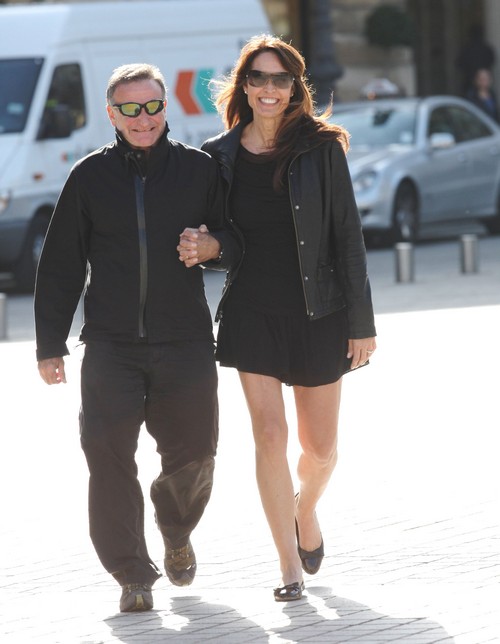 With a history of alcohol and drug abuse, extramarital affairs, and broken promises, and now the early stages of Parkinson’s disease, it is not surprising that Robin Williams was on his third marriage. His first marriage to Valerie Velardi lasted from 1978 to 1988, but by 1989 he was married to second wife, who happened to be his first child’s nanny, Marsha Garces who was pregnant with his child at the time their marriage began. Williams’ and Garces divorced after 19 years of marriage. The couple had two children.

After two divorces, alimony, child support, and a payout of about 20 million between his two failed marriages, Williams was perfectly content with his plans to remain marriage-free. Those plans changed, however, after Williams had heart surgery in 2009 and was cared for and nursed back to health by Susan Schneider, who he had known for about four years. Reportedly, it was her care of him, and the realization of life not lasting forever that helped soften him on the thought of marriage. He and third wife Susan married in 2011 and were still married at the time of his death.

Williams had his first son, Zachary Pym Williams with first wife Valerie. He went on to have two more children, Zelda and Cody Williams, both with second wife Marsha Garces. Of all his marriages, it seemed that Williams got along best with second wife Marsha.  Marsha was not only a partner in marriage, she was also a professional partner to her husband as well, having served as producer on some films, and his assistant on others. She was very involved in his life and he remained married to him for 19 years. They ended things amicably and only had nice thing to say about one another after the divorce. With Williams being very close to his children, it was very helpful that the two were on good terms. Garces has even spoken publically about her ex-husband’s death and released a very heartfelt message. Velardi has yet to comment, though his wife of three years Schneider released a statement on behalf of herself and the family.

At the time of William’s death, he and Schneider happened to be sleeping in separate bedrooms, with Schneider sleeping nearby while her husband took his own life. In fact, Schneider left the home they share the following morning to run errands, having no idea her husband was already dead. She would not find out until receiving a call while she was out after his body was discovered by his assistant. That would certainly imply the two may not have been on the best terms—not sleeping in the same room, Williams choice to end his life instead of seek his wife’s help during his desperation, and Susan not saying goodbye or checking on her husband in the morning before leaving the house. Knowing he had been suffering depression and Parkinson’s disease, checking on him before leaving the home would seem natural to most.

While the state of his third marriage at the time of his death is still not fully clear, it seems obvious that Williams had a significant amount of respect for second wife Garces, always speaking highly of her and her support through the years. Though Garces reportedly divorced him after he began drinking again after 20 years of sobriety, he seemed to understand her decision and even praised her and her parents. Perhaps he was never over his second wife and regretted or felt guilty for decisions he made that led to their divorce.

As we learn more about Robin Williams’ personal life, we will, of course, provide updates. In the meantime, share your thoughts below. Was Marsha the true love of Robin’s life? Did he seem happy in his marriage to Susan Schneider? We want your thoughts CDLers!