The Young And The Restless Spoilers: Chloe Strives To Get Pregnant By Billy – Hilary And Neil’s Affair Exposed

BY Amanda Austin on May 13, 2014 | Comments: Leave Comments
Related : Soap Opera, Spoiler, Television, The Young and the Restless 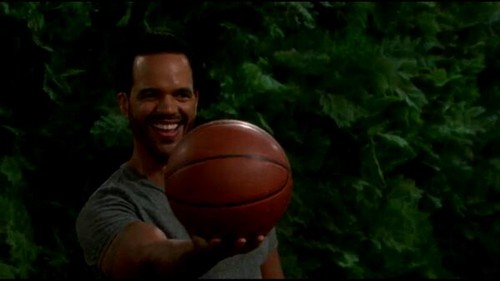 Genoa City is full of complicated relationships, and The Young and the Restless spoilers for the week of May 12th-16th tease that the relationship between our favorite Y&R characters will become ever more strained.

Neil has been sneaking in some secret hot and steamy meetings with his daughter Lily’s nemesis Hilary. We all knew that once their relationship was exposed Y&R fans would be treated to an epic cat fight, and that time has finally come. According to Y&R spoilers for the week of May 12th, Neil and Hilary’s secret sex-capades will finally be revealed, and Lily will not be happy. Devon doesn’t take the news well either.

Chloe will become even crazier and more impulsive during the week of May12th-16th, if that is even possible. She already asked her ex-babydaddy for a sperm sample so that she could become pregnant and have another child to replace their daughter Delia. When he shut her down she proceeded to try to have sex with him while he was passed out drunk, that plan failed as well. According to The Young and the Restless spoilers, Chloe isn’t ready to give up quite yet, and will continue to attempt to get impregnated by Billy.

As if Billy didn’t have enough complications in his life, the week of May12-16th he decides he wants to attempt to make emends with his estranged wife Victoria again. Little does he know Victoria is pregnant, and there is a fifty-fifty chance it is his baby. The other potential baby-daddy Stitch will have a run-in with Chelsea and put two and two together that Victoria is pregnant. So, Y&R fans should brace themselves for a feud between Stitch and Billy. Once Stitch knows Victoria is pregnant, he will do anything in his power to keep Billy from winning her back.

The Young and the Restless spoilers for the week of May 12th-16th also tease that Kevin will be in bad shape over his wife Chloe’s bizarre behavior, and Colin will make a startling discovery regarding Cane.

So Y&R fans, on a scale of 1-10 how crazy do you think Lily is going to go when she realizes that Neil has been sneaking around behind her back with the one woman she despises the most, Hilary? And, do you think Chloe will make any headway and successfully get a hold of Billy’s sperm? Let us know what you think in the comments below and don’t forget to check CDL tomorrow for more The Young and the Restless spoilers.