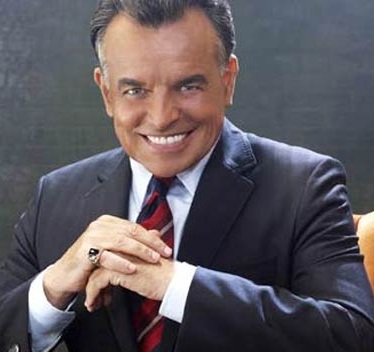 The Young and the Restless spoilers tease another can’t miss episode full of crazy drama on Thursday August 28. Ian Ward pulled maybe his craziest stunt yet, and ran off with Mariah and drugged her in a storage locker. Once Mariah was passed out he dressed her in a wedding gown and called Sharon Newman and told her that he was holding her daughter hostage. According to Y&R spoilers August 28, Sharon, Nick, and Det. Harding stand by the phone waiting for Ian to call back so they can trace his call.

When Ian finally calls back he tells Sharon and Nick he wants $1 Million for ever year that Mariah was alive, he wants $5 Million up front and then he will hand over Mariah, then Sharon can wire the rest of the money to him later. Ian is a seasoned criminal, so he knows to hang up on Sharon before the police are able to track his location. After Ian is off the phone, his friend Clarence arrives at the storage locker, Ian informs him that he has called him there to perform a marriage ceremony – Ian is serious about marrying Mariah!

The Young and the Restless spoilers also tease that on August 28th, Lauren will continue to stress over Michael’s lack of interest in having sex with her. Jill has Lauren convinced that Michael is cheating on her with Avery, but Avery and Michael reveal that the reason they have been having cryptic phone calls and secret meetings is because they went in to business together, and are officially law partners. Y&R spoilers also reveal that Abby Newman and Stitch share a kiss!

So Y&R fans, what do you think about Ian marrying Mariah? What are his motives, and how can he marry someone who referred to as “like a daughter to him?” What do you think about Abby and Stitch hooking up? Let us know what you think in the comments below and don’t forget to check CDL tomorrow for more The Young and the Restless spoilers.