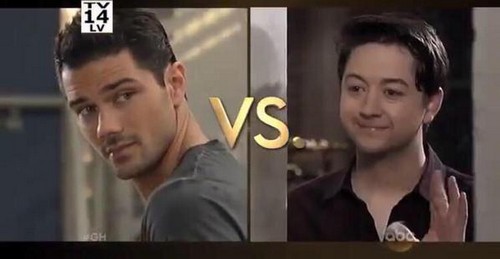 “General Hospital” spoilers tease that March 9-13 will be another exciting week packed full of must-see drama on the ABC soap. GH rumors have been floating around for weeks now that Patricia Spencer, Luke’s sister, was making her Port Charles debut soon. Although there is still no news yet on the character’s first air date, Soap Opera Digest’s spoilers are confirming that the role has been cast and the part will be played by actress Dee Wallace (of “ET” fame). Now, according to “General Hospital” spoilers, this is what fans of the ABC soap can expect to see during the week of March 9:

Monday March 9: “General Hospital” spoilers for Monday’s episode of the soap opera reveal that Michael Corinthos (Chad Duell) makes a shocking announcement – and Sonny prepares to say goodbye to baby Avery. Meanwhile across town, Silas Clay receives some bad news and Nina (Michelle Stafford) and Franco (Roger Howarth) find themselves being tricked in to a situation that could end badly for both of them.

Tuesday March 10: According to “General Hospital” spoilers, on March 10 GH fans can expect to see Nina and Franco in big trouble. In Port Charles Maxie (Kirsten Storms) and Spinelli receive a shocking phone call – and rumor has it that there could be some drama coming up for their baby Georgie. Across town Lulu fills Tracy Quartermaine (Jane Elliot) in on her father Luke’s latest crazy streak.

Wednesday March 11: On Wednesday’s episode of “General Hospital” the Mob War in Port Charles starts to heat up again, with Julian Jerome and Sonny Corinthos (Maurice Benard) now technically free men – it was only a matter of time before they got themselves up to their eyeballs in mob drama. Spoilers also tease that Maxie makes a confession to her BFF Lulu (Emme Rylan), regarding her love triangle with Nathan and Spinelli (Bradford Anderson).

Thursday March 12: “General Hospital” spoilers reveal that on Thursday’s episode of the ABC soap Spinelli encounters a mystery when he swears that he spots someone from his past in Port Charles. Across town, Shawn faces a mystery of his own and is beginning to grow suspicious of Jordan (Vinessa Antoine), it is becoming clear to him that TJ’s Mom is hiding something from him.

Friday March 13: According to “General Hospital” spoilers for Friday 13, Julian Jerome will attempt to take down a major mobster in Port Charles. Will this mob hit involve Julian’s new double agent, Jake? Meanwhile on the other side of Port Charles, it is finally the moment of truth for Liz – Ric Lansing demands to know whether or not she has feelings for Jake Doe (Billy Miller). Ironically while Liz (Rebecca Herbst) and Ric are hashing out her feelings for Jake – he is making a new friend.

So GH fans, what kind of trouble do you think Franco and Nina will get in to this week on the ABC soap? Will Jake and Liz wind up together, or does she belong with Ric? Who do you think Julian is trying to take out? Does it have anything to go with the mystery person Spinelli spots in Port Charles? Let us know what you think in the comments below and don’t forget to check CDL tomorrow for more “General Hospital” spoilers and news.