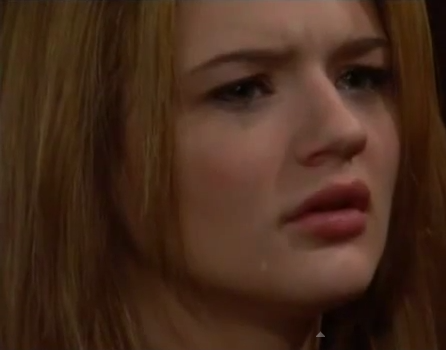 “The Young and the Restless” spoilers for Wednesday, March 4, hint that several mysteries will start to unravel and a big secret will be revealed. Victor (Eric Braeden) will spend a bit more time in the confessional and indicate that he’s moving forward with his plan against Jack (Peter Bergman). When Victor steps out of the confessional, he’ll remind Jack that they need to help Phyllis (Gina Tognoni), but Kelly (Cady McClain) isn’t going to take it lying down. Once Victor leaves, Jack will nearly discover who was Victor was talking to, but Phyllis will call Jack away to help with Austin’s (Matthew Atkinson) memorial.

Victor may have more important things to worry about that his scheme. Victor’s wife, Nikki (Melody Scott Thomas), will find herself dealing with the aftermath of Neil’s (Kristoff St. John) drunkenness as Christine’s (Laralee Bell) life hangs in the balance. Nikki will realize that the car struck someone and she’ll pull the victim’s hair back to find Christine’s bloody face. A nearby nurse will appear to help. Paul (Doug Davidson) will rush out to find that Christine has been hit and he’ll immediately blame Nikki.

When officers arrive on the scene, Paul will tell them that Nikki is drunk and should be arrested. Nikki will be cuffed and taken to the police station. Neil will want to come clean about what happened, but Nikki won’t let Neil risk going to prison. Since she wasn’t drinking or texting, it will look like an accident if Nikki takes the fall. Paul will confront Victor about Nikki’s actions. Later, Victor will ask Nikki if she was drunk and she’ll say no, but Nikki will admit she’s nervous about what Neil might say during questioning. Victor will be confused since it doesn’t look like Nikki has anything to hide. Christine will be rushed into surgery and will pull through, but unfortunately, her unborn baby won’t survive the crash. Poor sad Christine and Paul lose their baby to a miscarriage. 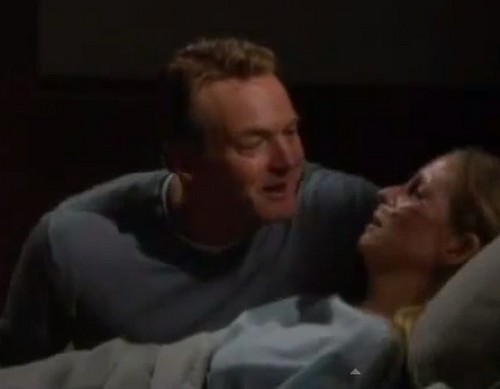 Other “Young and the Restless” spoilers for Wednesday, March 4, tease that Avery (Jessica Collins) will share some news with Nick (Joshua Morrow). Avery will note that the contractor Nick used for the repairs at The Underground has a history of cutting corners. It’s shouldn’t be hard to prove that Nick wasn’t responsible for the death and injuries that occurred, but Nick will still feel guilty. Nick will also admit to Phyllis that his last conversation with Austin was rough and Phyllis will agree that she wasn’t thrilled about Summer’s (Hunter King) marriage to Austin.

Meanwhile, Kevin (Greg Rikaart) will confirm to Mariah (Camryn Grimes) that Austin’s blood was on the towel found in Kyle’s (Lachlan Buchanan) trunk. Courtney (Kelly Goss) will join them as they speculate about what happened. Eventually, the cabin crew will realize that the whole time they thought they were covering for Summer, they’ve actually been covering for Kyle. Abby’s (Melissa Ordway) discussion with Kyle will continue and she’ll ask once again if he killed Austin. Kyle will flash back to having a fight with Austin over his affair with Abby and hitting him, but Kyle will tell Summer that his car broke down and he ended up in a ditch. Abby will inform Kyle that Noah (Robert Adamson) saw him at the cabin and Kyle will get a text from Noah that says they need to talk. After Kyle confronts Abby about her cheating, Abby will tell Kyle that she tried to stop and ask him to promise not to tell Summer.

At Austin’s memorial, Summer will finally pull herself together enough to make a speech about her husband. However, Summer’s flashbacks of Austin and Abby will cause things to go awry. Summer will speak about how much she loved Austin and how something magical happened when they fell in love. People were able to see the real Austin and they gave him a chance. Summer will suddenly remember Austin telling Abby that they couldn’t do what they were doing because it wasn’t fair to Summer. Y&R rumors said this reveal was near. As the memories come flooding back, Summer will stop her speech and the truth will finally come out. Summer will look at Abby and exclaim “You slept with my husband!” as everyone stares in shock.