‘The Young and the Restless’ Spoilers: Marco and Harding Plot To Take Jack’s Life- All Cabin Killer Details Revealed 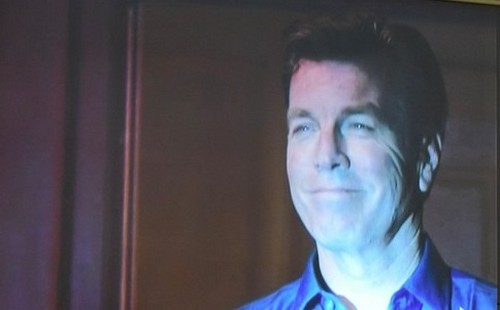 “The Young and the Restless” spoilers for Wednesday, August 12, tease that the cabin mystery will start to unravel. Marco (Peter Bergman) will have a chat with his partner, Detective Harding (Chris McKenna). A flashback will reveal that Harding pulled over Marco, who suggested he could make Harding a very wealthy man. We’ll learn that Austin (Matthew Atkinson) spotted the two Jacks (Peter Bergman) and got them on film. Harding will state that Austin’s death may have been an accident, but Courtney’s (Kelli Goss) death certainly wasn’t. Another flashback will show that Courtney watched footage of Jack hitting Abby (Melissa Ordway) in the park. Marco will discuss how Harding persuaded Courtney to come to the cabin where she was then murdered.

Marco will indicate that Courtney had to become a casualty of their plan just like the mole, Tobias (Jeffrey Christopher Todd). Harding will make it clear that no one else dies. Marco will imply that he’s in too deep to back out now and Harding will ask what’s next. Marco will insist that he wants Jack’s life back. Harding will remember the mayhem he’s caused and regret ever getting tangled up with Marco. Nevertheless, what’s done is done and Marco will declare that Harding will get what he wants out of this scheme.

Other “Young and the Restless” spoilers reveal that Victor (Eric Braeden) will try to convince Victoria (Amelia Heinle) that Billy (Burgess Jenkins) could be behind a plot against him. Victoria will snap back that Billy wouldn’t do that, but Victor won’t be satisfied. When Victor suggests that Victoria should spy on Billy for the Newmans, Victoria won’t like that he’s asking her to pick sides.

Meanwhile, Jack will question Billy about the Paragon Project. Billy will reply that he’s not familiar with it, but he’d be up for anything that could bring down Victor. Jack will worry that Jabot could be at risk as well. There’s no way to get out of the recent merger. Billy will wonder if Victor has dirt on Jack and it’s keeping him from taking action. They’ll discuss how they can get rid of the threat and Victoria’s name will come up. Jack will remind Billy that Victoria has spied on Jabot before, but Billy will balk at the idea of her coming after the Abbotts.

Billy will deliver a file to Victoria at the office and they’ll get affectionate. Billy will leave and return moments later. When Billy sees Victoria examining the file, he’ll try to act like she was spying. Victoria will defend herself and say she just spilled some coffee on it. In fact, Victoria will argue that she refused Victor when he wanted her to spy for him. Billy will try to backtrack, but Victoria won’t be interested in his apology. It seems Billy and Victoria have already hit a snag in their rekindled romance.

Jack and Phyllis (Gina Tognoni) will meet up with Victor at the park. Victor will say he feels bad that Phyllis was hurt throughout this whole ordeal with Marco. Phyllis will want to concentrate on bringing Marco to justice. Jack will declare that he isn’t planning Victor’s takedown and neither are the rest of the Abbotts. Jack will add that Victor needs to drop the idea.

Kevin (Greg Rikaart) will give Paul (Doug Davidson) updates on Harding’s camping trip. Paul will be surprised by the news since he didn’t know anything about it. Kevin will think something is definitely up. Mariah (Camryn Grimes) will note that it’s odd timing. There’s a killer on the loose and Harding is out fishing somewhere. Paul will urge Kevin and Mariah to stop stirring up trouble, but they’ll press him on the issue. Paul will tell Kevin to hold down the fort for the GCPD while he does some investigating.

When Paul gives his lead detective a call, Harding will try to cover by saying that he realized this might not be the best time for a camping trip after all. Harding will say he’s on his way back home. Kevin will look up Harding’s recent credit card charges and discover that 22 frozen meals were purchased. It appears the “bunny cop” has some strange secrets and they’ll soon be exposed. Y&R rumors hint that Detective Harding will get what’s coming to him. Stick with the CBS soap to see what lies ahead for the crooked cop.