Kristen Stewart Fired By Chanel Due To Her Nasty Smoker Habit And Unhealthy Lifestyle? 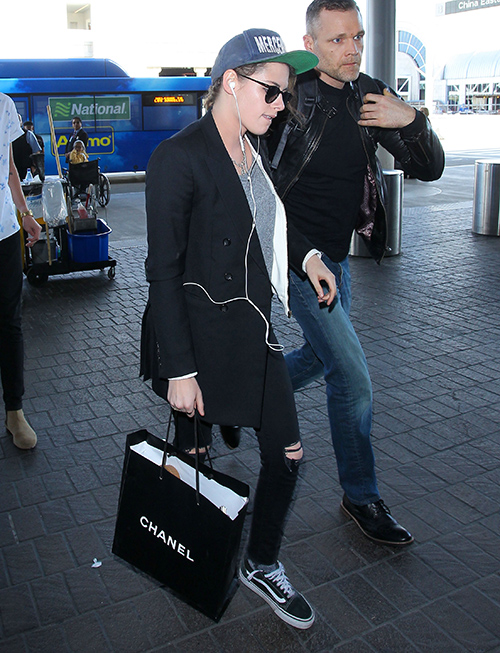 Are Kristen Stewart and Chanel parting ways due to her bad habit of smoking and refusing to workout? Chanel can’t have an out of shape actress representing the brand…so could this report coming from Star be true? According to the magazine, Chanel has warned Kristen Stewart to get into shape or she will lose her contract as brand ambassador for the major French brand.

The last time I saw a picture of Kristen Stewart, she was anything but fat. Does she look all in shape, toned, and healthy? I wouldn’t say that. But really? Isn’t thin and pale the way of a French model anyhow? The source explained, “Kristen feels like she shouldn’t have to work out, since she’d rather smoke cigarettes than work anyway. But she’s not 19 anymore, and if she wants to be the face of a luxury brand, she needs to keep up with the Hollywood standard, which is a toned, healthy body.”

Hitting the gym between cigarettes doesn’t usually go too smoothly. It’s a little rough on the lungs, ya know?

Star notes that Kristen has described herself as “skinny fat.” Maybe that’s what all of this is centered on? But if that is the case, I wouldn’t see Chanel ever choosing Kristen Stewart to represent them in the first place. She has always been the skinny, pale, smoker girl. You can’t really take all that away and still have Kristen Stewart now, can you?

Let’s hope that these reports aren’t accurate, I would not want to see KStew change who she is just to fit a brand, even if it is Chanel. As much as we would love to see a smile on her face a little more, with Kristen Stewart it’s take it or leave it. She stays true to herself.

What is going on with Kristen Stewart and Nicholas Hoult anyhow? Are they ever going to make it official with some rep confirmations? Or are these two really just friends? We are all dying to know around here!

Radar Online reported on the alleged couple’s status, “But Nicholas and Kristen do have a really strong connection and being around him makes her happy. He is one of the most simple guys in the world and, like her, he really wants nothing to do with the whole Hollywood scene.”

If that is the case, they are definitely made for each other. We shall be waiting for more outings of Kristen Stewart and Nicholas Hoult together and see if it turns into the real deal.

Check back here on CDL for the latest!