The Bold and the Beautiful Spoilers: Thomas Pays with His Life For Next Nightmare – B&B Murder Mystery Brewing?

BY Heather Hughes on September 2, 2019 | Comments: one comment
Related : Soap Opera, Spoiler, Television, The Bold and the Beautiful 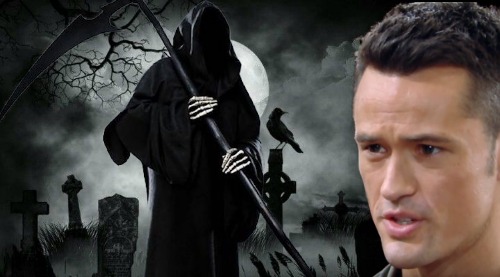 The Bold and the Beautiful (B&B) spoilers tease that Thomas Forrester (Matthew Atkinson) has much more drama in his future. There’ll be growing concerns about Thomas’ involvement in Emma Barber’s (Nia Sioux) death – especially after he spills the whole story to Ridge Forrester (Thorsten Kaye). Despite his anger, Ridge will feel obligated to step up and help his son find a way forward.

Of course, that’ll be tough with Bill Spencer (Don Diamont) sniffing around. He’ll be eager to put Thomas away for all the pain he’s caused, so B&B fans can expect an evidence hunt. Bill will definitely cause some snags as Ridge works to keep Thomas out of prison. There’ll be a great deal of pressure on Ridge, which won’t help his crumbling marriage to Brooke Forrester (Katherine Kelly Lang).

All of that tells us Thomas will be a free man, but it also tells us he won’t exactly be redeemed either. Thomas is still going to be causing trouble and hasn’t truly paid for his previous crimes and deception. It’s smart to keep Thomas around for another chapter of this story, but what about Thomas’ final chapter? Is The Bold and the Beautiful still laying the groundwork for a deadly outcome?

It’s tough to buy that Thomas can suddenly control his devious impulses. B&B went awfully dark with this character, so that darkness is still in there. Thomas’ good guy act isn’t going to last, as evidenced by the wars that are brewing. He’s bound to get nasty as the conflict revs up.

Brooke remained livid and wary after Thomas covered for her. She could tell it was another attempt to manipulate Hope and quickly shut down Ridge’s request to thank him. Brooke warned that Thomas would pay for what he did to Hope, which seemed like an ominous statement. Could a murder mystery be brewing? Thomas would be the perfect character for one!

The Bold and the Beautiful is bypassing their opportunity to truly redeem Thomas and make him a viable leading man again. He seems poised to go even darker than before. With that in mind, perhaps we should prepare for the possibility of a fatal outcome.

Do you think Thomas will face a grim fate? Who would be your top suspect in Thomas murder mystery? We’ll give you updates as other B&B news comes in. Stay tuned to the CBS soap and don’t forget to check CDL often for the latest Bold and the Beautiful spoilers, updates and news.