Dancing With The Stars Season 22 Week 3 Preview: Who Will Be Voted Out Next – Who’s Winning The Mirror Ball Trophy? 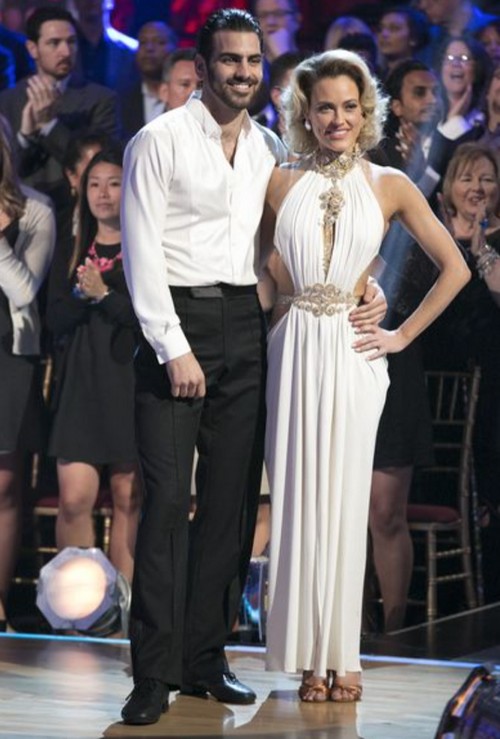 “Dancing with the Stars” Season 22 Week 3 is back for another round of hot booty shaking action on Monday, April 4 but as we predicted, Geraldo Rivera is out of the running. He had spirit but not the moves – and it looks like Mischa Barton is next on the chopping block. Here’s what we think…

Top of the Heap

Paige VanZant didn’t have Mark Ballas at her side due to his injury but Alan Bersten did a great job partnering on just a few hours’ notice. Paige’s athleticism makes her a strong candidate and her salsa was spicy. We’re wondering, though, if she will demonstrate as much artistry in a dance that’s less hectic. This week was hot for her with a 24 score out of 30.

Wanya Morris is a dark horse that could take this whole thing and the longer he stays in the competition, the better we think he’ll get. He’s got some extra weight holding him back, but was incredibly light on his feet with his salsa with Lindsay. He scored a 24 out of 30 and is no doubt safe and we can’t wait to see what he does next as he continues to build his strength and skill.

Jodie Sweetin has what seems like an unfair advantage in partner Keo Motsepe. That man has a wiggle and jiggle that should help her dance her way into the finals. Her score this week of 21 out of 30 seemed too low given the show those two put on – and we think Keo should wear body paint and little else every episode. Jodie should stick around for weeks to come – but doesn’t seem like she’ll go all the way.

Ginger Zee continues to impress and the forecast for the ABC weather babe is hot, hot, hot. But again, what may hurt her is that few people know who she is. That being said, the science chick is one to watch but her second week performance wasn’t quite as impressive as week one with halting moments and a fumble. She doesn’t seem destined to win – but her 21 of 30 was solid.

Middle of the Herd

Doug Flutie scored a bit of a comeback with his paso doble, but we gotta pass on the aging ex-footballer. Fact is, he’s just too heavy on his feet and doesn’t have the ability to jig his junk around enough to be a contender. He’ll stick around longer than Mischa Barton and outlived Geraldo Rivera, but he’s on the short list for the door – a couple more weeks and it’s sayonara despite his 20 out of 30 this week.

Nyle DiMarco got hammered by the judges unfairly on Latin night and should have walked away from the night with more than a 20 out of 30 but it seems like their slower dance didn’t thrill the judges. We know Nyle can shake his booty and his musicality was impressive. We see him sticking around and he’s still one of our favorites to win. He’s hot, he’s handsome and he’s overcoming adversity… Nuff said.

Marla Maples should be better than she is given her background – but then again she is past 50. We see her getting a couple of more weeks, but she won’t be around for the long haul. Her 20 out of 30 seemed kind. She was stiff and NOT sexy at all – and given the Latin dances, sexy is a must. We know she was brought on because of her famous ex, but she’ll be sent home on her own lack of merit.

Von Miller just has more body than he can get moving. His upper body barely moves – it’s kind of impressive he walked away with a 20 out of 30 on Latin night and he’s on the short list of dancers to go home after the bottom of the herd is culled. We dug his nerd glasses, though, and his enthusiasm. The bottom line is that his moves are better on the gridiron than the dance floor. No shot at winning.

Bottom of the Barrel

Antonio Brown is not one of those athletes whose game prowess translates to dance floor success. He was much better in week one but fell victim to lackluster choreography in the rumba. That being said, he was sexy as hell and that alone earned him the 19 out of 30. Sharna needs to keep Antonio doing faster numbers or he’ll be fast tracked out of the competition.

Kim Fields is adorable but she is just not light enough on her feet and does not have the graceful artistry required to win this. She’s definitely on the chopping block for her stilted salsa. There’s no way to pull her out of this – she just doesn’t have what it takes – we give her two more weeks (at most) unless someone falls flat on their face and flubs – her 19 out of 30 was a generous score from the judges.

Mischa Barton frankly looks like she’s trying to get through the dance so she can just take her DWTS paycheck to the bank. Poor Artem. Mischa isn’t even going through the motions. She’s stiff, sloppy, awkward, and looks like she’s sleepwalking (or worse) through her performances. It seems like the 19 out of 30 she was given was a mercy score – she was bad – and should be sent home ASAP.

We’re still betting on Nyle DiMarco as the mirror ball winner once Season 22 wraps, but if the lord of the dance is a just and fair God, Mischa Barton will hit the bricks next and Kim Fields and Doug Flutie should go next.

Barton found fame on the OC, but it’s more like OMG when we see how badly she moves.

Tune in to CDL Monday night for a live recap of week three of “Dancing with the Stars” Season 22 as well as all the videos so you can watch and rewatch the performances and critiques.