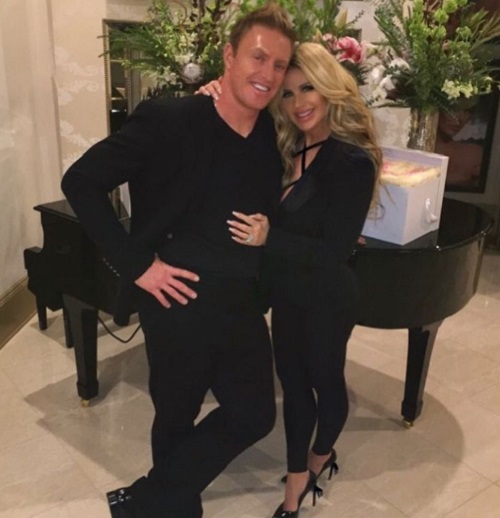 Kim Zolciak will be returning to “Real Housewives of Atlanta.” Real Housewife Cynthia Bailey broke the news that Kim attended Sheree Whitfield’s house party while they were filming RHOA Season 9.

Kim Zolciak-Biermann’s return comes after Nene Leakes reportedly refused to come back full-time or as a supporting friend for the Bravo series. Nene said that once Bravo couldn’t work out a deal with her, they sought out to get Kim Zolciak to return to the show.

Kim was a show original until the middle of season 5 of ‘Real Housewives of Atlanta,’ when she stormed out of lunch with Cynthia, Nene, Phaedra Parks, Kandi Burruss, Porsha Williams and Kenya Moore. Sheree Whitfield also left the show for a few seasons and returned last season to feud with Kenya, that continues in to Season 9 of RHOA, and is both taping and airing on Sunday nights.

Kim has her own show called “Don’t Be Tardy” with her husband Kroy Biermann and their litter of children. It seems that she’ll be taking time from filming that show and “RHOA”. 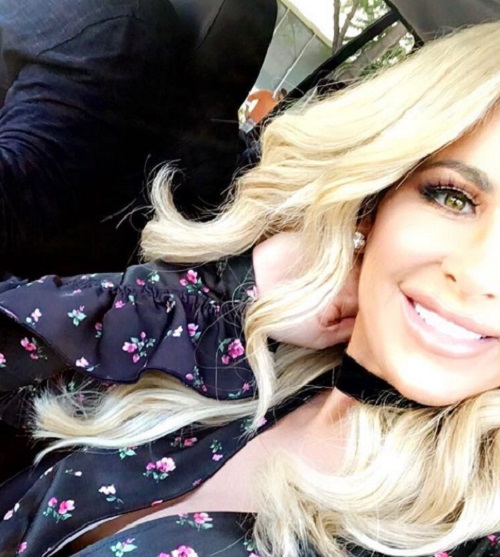 Kroy did play for the Atlanta Falcons and the Buffalo Bills, but now he is a free agent. Sources say that Kim and Kroy clash a lot because she wants her kids to take after mom and be in show business, however Kroy does not. Kim reportedly has dreams of her kids being bigger than the Kardashians.

The Real Housewife has often come under fire for the way she raised her oldest daughter Brielle Biermann. Kim Zolciak frequently posts bikini pics of the teen and even funded her lip injections. Mother and daughter both have denied that Brielle has gotten anything other than the injections, but Kim has admitted to getting a few procedures done herself.  19-year-old Brielle Biermann is currently dating Red Sox minor-league pitcher Michael Kopech, who is mom-approved because of his similarities to Kroy.

19-year-old Brielle Biermann is currently dating Red Sox minor-league pitcher Michael Kopech, who is mom-approved because of his similarities to Kroy Biermann.

Are you excited that Kim Zolciak is returning to “The Real Housewives of Atlanta” or do you wish Nene Leakes would have returned to RHOA Season 9 instead? Do you watch “Don’t Be Tardy”?

Let us know your opinion in the comment section below, and don’t forget to check CDL for more news and updates surrounding Kim Zolciak-Biermann’s return to Bravo’s Real Housewives. 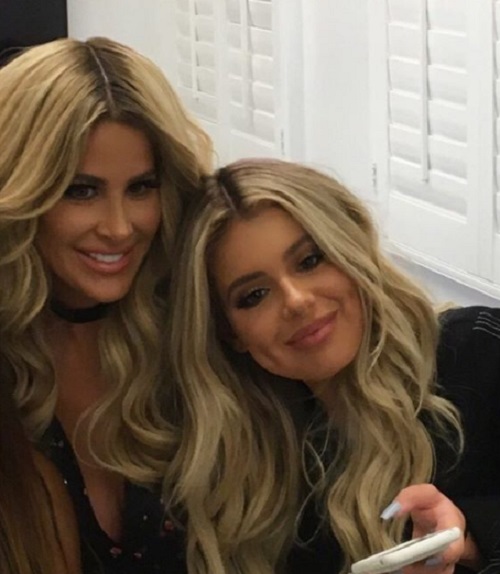 Been spending Thanksgiving day with this guy @brandonnst.regis for many years!! ❤️ @briellebiermann has left the country for a beach getaway with @mikop34 😩she hasn’t been gone 24hrs yet and I’m trippin 😩😩

DONT BE TARDY tonight 10pm OMG this is one of my favorite scenes we shot! I met @iamaishafrancis who is one of the most amazing people I have EVER met! Aisha oozes sex appeal and confidence. Her energy is magnetic and I still can’t figure out how the hell she rolls her head like that alll while flippin her hair and looking sexy while doing it!! Watch @cheftraceybloom (yup you are reading that right) @shunmelson @briellebiermann and I try to “get sexy” 😂 I’ll be facebooking LIVE right after, also on periscope too see you then!! #DontBeTardy my shoes are by the amazing @aminahjillil 👠❤️