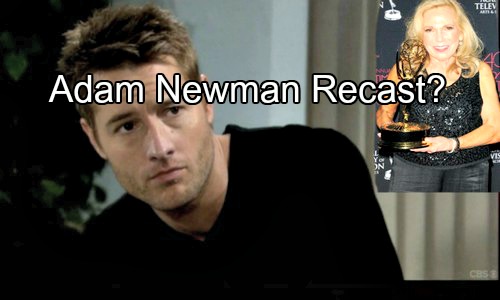 The Young and the Restless (Y&R) spoilers tease that shakeups behind the scenes could lead to some shifts on screen as well. It’s evident that we’re headed into a season of change on the CBS soap. There’s been a lot of news flowing out of Y&R lately, so let’s take a moment to process what all of it might mean.

Jill Farren Phelps was recently fired from her position as the executive producer of The Young and the Restless. Mal Young stepped up to take Phelps’ spot. Now Judy Blye Wilson, Y&R’s Daytime Emmy Award-winning casting director, has also announced her exit via Facebook. The timing has definitely made soap fans curious about what’s going on.

Wilson suggested that she needed a breather after 30 years of casting daytime television, but could there be more to the story? Over the past few years, The Young and the Restless has seen a revolving door of Billy Abbotts along with the challenging recast of Adam Newman. Now that Aiden Turner seems to be headed to Y&R, does that mean Justin Hartley is being replaced?

CDL previously and exclusively reported that Turner and Melissa Claire Egan (Chelsea) did a screen test together. That could be a tell-tale sign of what’s to come. Hartley has been cast in a primetime role on NBC’s new series, This Is Us and is currently reported to be filming. Since it could prove difficult to do both shows, there’s a good chance Hartley may be on his way out at Y&R.

Perhaps CBS tried to take precautions by testing Turner. Now Soap Opera Digest is following CDL and reporting that set-siders have seen Turner roaming the halls. Is another Adam recast really happening? Does Hartley already have one foot out the door?

It wouldn’t be surprising since Hartley is poised to make his big break elsewhere. A leading primetime role is the goal of most TV actors, so no one should be stunned if Hartley leaves daytime behind and never looks back. However, recasts are notoriously hard to pull off. They’re common, but that doesn’t mean fans like them.

Did Wilson finally get fed up with the high volume of soap star swaps? It’s possible that there are other changes we don’t even know about yet. There may be more cast shuffles coming if Mal Young wanted certain actors hired or fired.

Of course, there might be some actors who have chosen to depart in light of all the updates. It’s tough to say what we’ll be looking at in Genoa City over the next few months. Losing Hartley would be a major blow, but maybe everyone should keep an open mind.

After all, people were skeptical when it was announced that Hartley would be taking over the role from Michael Muhney. Hartley quickly won fans over and Turner might do the same. Still, many viewers love Hartley as Adam and would hate to lose him. This is definitely a tricky situation.

Aiden Turner looks like he has some potential, but can lighting strike twice? If Justin Hartley is indeed leaving, can Y&R truly pull off another hit Adam? Voice your opinion in the comments below and don’t forget to check CDL often for the latest Young and the Restless spoilers, updates and news.