The Young and the Restless Spoilers: Sage Saves Nick – Chelsea Gets Drunk With Stitch – Nikki Bribes Maureen To Leave Town 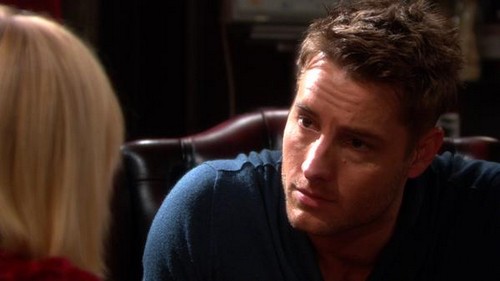 The Young and the Restless spoilers tease another eventful episode of the CBS soap is set to air on Tuesday, December 2. On the last episode of Y&R someone threw a brick through Dylan’s (Steve Burton) window at the coffee shop, and Avery is convinced that it must have been her jealous ex Joe Clark. According to The Young and the Restless spoilers from CDL’s exclusive spoiler source, on Tuesday’s episode Paul will question Joe about the prank, and meanwhile Dylan will organize a rally to protest Joe Clark’s (Scott Elrod) business deal and buying up the store fronts.

Poor Nick Newman (Josh Morrow) has been lying in the woods with his leg caught in a bear trap for what seems like forever, but according to Y&R spoilers – help is almost on its way. Despite the fact that she has little to no help from Nick’s brother Adam Newman, AKA Gabriel (Justin Hartley), Sage doesn’t have the heart of stone that Adam does – and can’t just walk away and leave him for dead. The Young and the Restless spoilers tease that on December 2nd Sage manages to get the trap off from Nick and calls 911 for help.

In other The Young and the Restless news, Billy Abbott (Burgess Jenkins) is thrilled to be home with Victoria and baby Katherine — and doesn’t even allow Victor Newman to rain on his parade. Y&R spoilers tease that while Billy is bonding with the new baby, Chelsea (Melissa Claire Egan) heads to a bar and bonds with Stitch — after all, they do have a lot in common. Meanwhile, on Tuesday’s episode of the CBS soap, fans can expect to see Nikki Newman meet up with Stitch’s mom Maureen (Meredith Baxter) in the park, and Victor’s wife hands her an envelope full of cash and pays her to leave Genoa City for good.

So, Y&R fans, how do you feel about Billy being the father of Victoria’s baby? Do you see a drunken hook-up between Chelsea and Stitch in the future? Rumor has it Sage could be Nick Newman’s new love interest — do you see her nursing him back to health and the two of them hitting it off? Do you think this is really the end of Maureen? Let us know what you think in the comments below and don’t forget to check CDL tomorrow for more The Young and the Restless spoilers and news.